Hello to our fabulous Wharton community!

In the spirit of Women’s History Month, join WAFFA’s FemTech Webinar on Wednesday 3/30 at 9am PT, 12pm ET. We’ll be featuring five Wharton alums who are disrupting one of the most-watched industries.

The rise of the FemTech industry finds uncharted waters for data, funding, and awareness for female health. Hear how these five Founders are pioneering new ways to make everyday lives better for people around the world.

The Wharton Alumnae Founders & Funders Association (WAFFA) is a 501c3 non-profit organization. Our mission is to accelerate the success of Penn Wharton female founders and investors. Today, 13% of Penn founders are women but they raise just 6% of venture capital. WAFFA harnesses the power of the Penn Wharton network to educate, support, and foster connections for female founders and funders. 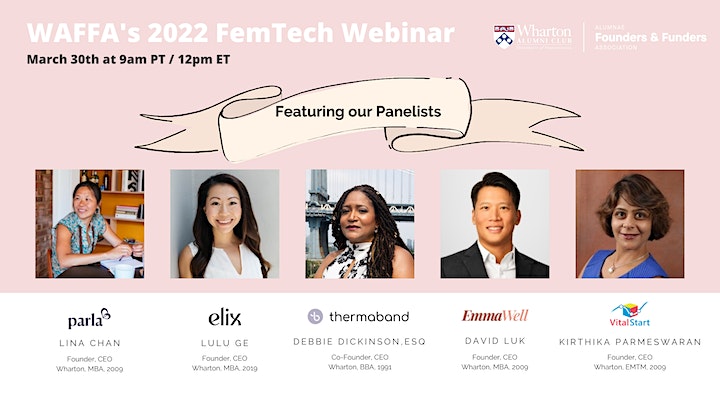